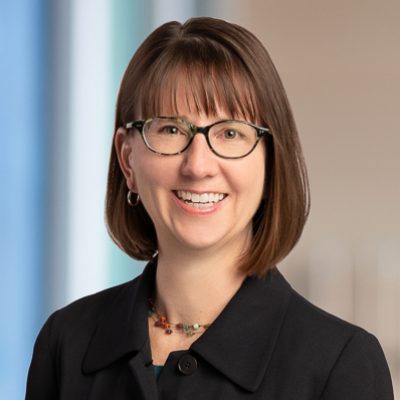 Melanie Plowman is committed and diligent problem solver. She is a strategic thinker and practical in her approach, listening to each client’s individual objectives and concerns and working towards those goals through clear and effective writing to courts.

Melanie received her undergraduate degree from Brown University with honors and graduated from the University of Michigan Law School in 1996.  She then served as a clerk to Judge Robert M. Parker of the U.S. Court of Appeals for the Fifth Circuit and subsequently as a clerk to Judge R. Guy Cole of the U.S. Court of Appeals for the Sixth Circuit. After her clerkships, Melanie handled a variety of appeals in the Texas appellate courts, the Fifth Circuit, and the U.S. Supreme Court as an Assistant Solicitor General for the State of Texas. Melanie then practiced with Weil, Gotshal & Manges LLP’s Supreme Court & Appellate Litigation Practice for several years, where she briefed appeals and dispositive motions in complex commercial litigation in various state and federal courts concerning, for example, class-action matters, arbitration disputes, bankruptcy, patent issues, contract disputes, and constitutional law.

Prior to joining Alexander Dubose & Jefferson, Melanie was a pro se staff attorney for the U.S. District Court for the Western District of Texas. Melanie has been listed in the Texas Rising Stars listing from 2004-2006 by Thomson Reuters and as published by Texas Monthly for her work in appellate law.

Melanie is admitted to practice before the United States Supreme Court, the United States Courts of Appeals for the Fifth, Sixth, Seventh, Eleventh, and Federal Circuits, the U.S. District Courts for the Northern, Eastern, and Western Districts of Texas, and all Texas state courts.

U.S. District Courts for the Northern, Eastern, and Western Districts of Texas