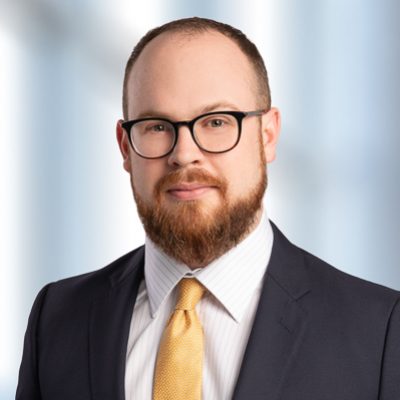 Nick Bacarisse has been the principal author of briefs at every level of state and federal appellate court on a huge range of issues. This is despite the fact that as he made his way through law school, appellate law wasn’t even on his radar. It was once he got into research and writing briefs for an appellate clerkship for Chief Justice Wallace B. Jefferson of the Supreme Court of Texas that he discovered his passion for appellate law. That passion easily translated into a successful appellate practice. Nick’s analytics and writing skills enable him to develop key arguments that persuade the court and win the day for his clients. He has an innate ability to find the angle that no one else has thought of and construct an elegant argument based on the case at hand, the record and the law. After his clerkship for Chief Justice Jefferson, Nick served for four years as the first law clerk to Magistrate Judge Silvia Carreño-Coll of the United States District Court for the District of Puerto Rico. In that role, Nick oversaw civil jury trials and specialized hearings, such as patent claim-construction proceedings, and drafted dozens of opinions in complex commercial disputes.